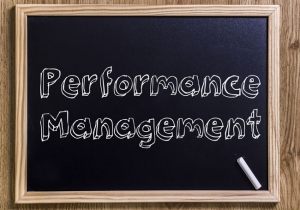 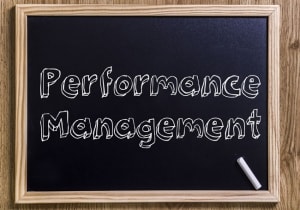 Performance management is a task dreaded by many and performed well by few. The good news is that there are a selection of very common pitfalls. If you identify these and conscientiously avoid them, then you are already ahead of the game. Here are three common errors and how to avoid them:

Do you know where the tradition of annual appraisement comes from? They are a hangover from the era of big, top down corporations and ruthless yearly meetings that could end your career. (http://www.forbes.com/sites/joshbersin/2013/05/06/time-to-scrap-performance-appraisals/) Bosses would tell employees whether they had met their targets, hand out bonuses to top performers, and fire the weakest links. It’s worth pointing this out if only to demonstrate the sheer ridiculousness of the idea that one meeting a year is a good way to do staff appraisals. Nonetheless, many of us continue to make this fundamental error.

HR Daily Advisor 2014 Performance Management Survey found that over 40% of respondents were not following up with employees after their assessment. Performance management is a continuous process, and should be a constant priority. Ask yourself this: can your company afford to have staff making the same mistake over and over for a whole year- until their annual appraisal meeting comes around?

Solutions: make performance management a continuous process, and hold several informal assessment meetings with employees throughout the year. These should still be structured conversations and touch on the same areas as an annual assessment, although in less depth. You can also try and keep things fresh and relevant by focusing on recent performance and progress in the context of current projects. Some HR experts recommend that bosses keep a performance diary on their staff and staff keep their own performance diary about themselves. This way, there are no time gaps in the performance process, and it’s more difficult for achievements or failures to slip the net.

Mistake 2: The assessment process is too one-way

It’s not very pleasant for an employee to be ushered into a room and have their boss go through a laundry list of their ostensible faults. If getting better out of them is the aim then this approach is likely to backfire. People find it difficult to hear criticism. A study by PsychTests found that two thirds of people dwell on their failures, 41% have argued with someone because they felt unfairly criticised, and 34% feel less motivated to work after they have been criticised. Treat criticism like a minefield and tread with care.

Solutions: according to the American Management Association, a 360 degree system that includes peer reviews and self reviews is best. Inviting employees to read out their self review first can be a good way to start the meeting, so that they won’t be on the defensive as soon as the meeting begins.

Mistake 3: The feedback is too vague

Firstly, performance assessment should be based on actual outcomes – tangible achievements and failures – rather than character traits. Too often, bosses obsess over whether an individual is enthusiastic or hardworking enough, or has strong enough leadership or teamwork skills. The problem is these concepts are subjective, and impossible to assess fairly unless you are literally observing the subjects all of the time. When managers tend to rate performance objectives on one part of the scale, and don’t base their ratings on proper data, this can be an indication that they are being too harsh, too soft or too indecisive when assessing individuals. This can ultimately completely distort the performance assessment too.

Solutions: firstly, focus on whether the employee achieved concrete goals. Did they increase productivity by X%? Meet their target of bringing in £X worth of extra sales? Of course, this is much harder to do if you haven’t already been having an ongoing discussion about targets. This ties perfectly into mistake 1 – you have to see performance management as a continuous process.

Secondly, never stop questioning whether your approach to scoring is fair and balanced. Know the signs that something has probably gone wrong. The Western Washington University’s performance manual suggests that if a manager consistently rates individuals in the middle of the rating scale, the assessment is probably not accurate. Similarly, if more than 20% of your ratings are at the higher part of the scale, it is possible that you are being too generous with your scoring. If more than 20% are at the bottom end you may be being too harsh.

In conclusion, performance management is tricky. Approach this field with care and apply the three C’s: show Continuity, Collaborate with your employees and don’t stop Criticising your objectivity.