Gender equality in the workplace 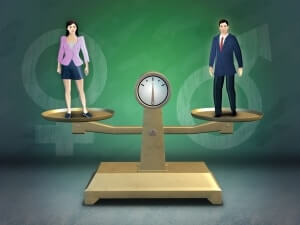 In a candid recent interview with Bloomberg Television, the COO of Facebook, Sheryl Sandberg, hit out at sexism in the workplace. Sandberg complained that the more successful women become in the workplace, the less popular and liked they are among their colleagues. The Facebook boss’ views on this are stark: a woman’s success and her likability are “negatively correlated”. “The treatment of women in the workforce is an issue,” said Sandberg in the interview. “The assumptions that men can have both families and work and women can’t. Those are bad and those are hard and we need to change them, “ she added.

Richard Branson, who also took part in the televised discussion hosted by presenter Emily Chang, was similarly pessimistic: “I don’t think we’re going to get to a situation where boardrooms are very equal for women for another 100 years,” he sighed.

Many gender equality advocates have pinned their hopes on government policy-led change. It is perhaps disappointing, therefore, that gender equality was discussed so little during the 2015 UK election. In fact, you would have been hard pressed to find a detailed statement from David Cameron, Ed Miliband or Nick Clegg on gender equality in the workplace outside of their interviews with women’s magazines. If you think about it, this is quite a patronising fact. And it suggests that British politicians are in danger of discussing gender parity in an echo chamber; they seem to be only raising these issues with the audience who already feels passionate about them while at the same time they do little to challenge those who undermine equality in the workplace or prioritise the cause.

Furthermore, the only time women were discussed as a discrete entity during the election was in the context of Labour’s pink bus flop; when Labour MP Harriet Harman led a campaign through British marginals in a magenta coloured bus to try and convince women to vote Labour, it prompted a backlash against the “patronising” “Barbie” bus. The media salivated over the scandal, and ostensibly felt little compulsion to move the conversation beyond a shallow debate about whether the colour pink is offensive to women.

And yet the problem of gender equality in the workplace remains an extremely serious problem.
The gender pay gap in the EU remains stubbornly high at 17.5%. A recent report from the EU Commission for Justice, Consumers and Gender Equality found that if the rate of improvement remains at current levels then it will take almost three decades to get 75% of European women into the workplace and more than seven decades for women to achieve equal pay with men. It will also be nearly 40 years before men and women do an equal amount of housework. The situation in the UK specifically is worse. The earning gap in Britain is 46% compared with 37% in the EU. Many women continue to occupy low skilled, low wage positions.

A £1 million Equality and Human Rights Commission study, due to be published later this year, will bring little good news . It is expected to provide evidence that there has been a huge surge in women suffering from discrimination at work for becoming pregnant or taking advantage of maternity leave. Campaigners hope that Pregnant Then Screwed will help expose how bad the situation has become and build pressure for serious measures to tackle the problem.

Meanwhile, a study published by law firm Fisher Jones Greenwood earlier in the spring found that women face 25% more gender discrimination than men (37% versus 12%). Worryingly, the report also found that roughly a third of discrimination cases remain ‘hidden’, as many victims do not see that filing a complaint will make a positive difference to their situation. Furthermore, just 11% of victims sought legal advice or took their case to a tribunal.

Gender inequality in the workplace is clearly a huge, multilayered problem. There is no silver bullet that will make our workplaces completely egalitarian. Governments will have to play their role in pushing for change. However, gender equality could also be inadvertently promoted by the private sector, with the natural shift towards flexible working. The latter could prove to be hugely important in transforming women’s fortunes.

A survey of 1,000 women carried out by a new organisation called She’s Back, which is aimed at connecting women returning to work with potential employers, found that three quarters of ‘women returners’ found the workplace to be too inflexible. Many also said that inflexibility had compelled them to actually quit their job before having children in the first place. If companies can strive to make the workplace more flexible, by exploring possibilities in terms of working remotely or partially from home, or giving employees greater freedom to decide their hours, then perhaps we will have broken down one more barrier to complete equality in the workplace.