The Difficulties of Measuring Workplace Performance 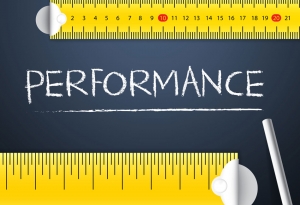 Performance in the workplace is tough to assess. Too often, bosses hold onto vague judgements about how “hard working” or “enthusiastic” an employee is, or how good they are at “leadership”.In this warped world of subjective judgement, anecdotes make the evidence. Start scraping away at strongly held beliefs that bosses have about staff and often their reasons for thinking about people in a certain way is tenuous: “the person is busily beavering away when I pass their desk in the office” is somehow evidence of their conscientiousness. “They were very quiet during the last couple of team meetings” is incontrovertible proof that they lack energy. Perhaps we do this out of habit. After all, when we meet new people in a social environment our instincts and early interactions with them help us make a decision about the kind of person they are.

Performance assessments in the workplace should be strictly evidence-based. This throws up several challenges. What aspects of performance are measurable? How can they be measured? What are the difficulties in measuring these things? And how can these pitfalls be avoided? Here are four fundamental difficulties when it comes to measuring performance.

Performance assessments should include factors that can be assessed quantitatively. This could include productivity increases, revenue or units produced or sold. However, the emphasis on easy-to-measure factors shouldn’t be taken too far. It’s easy to measure attendance but if a team’s absentee rate is generally OK then one could question how useful it is to spend valuable time measuring this.

Difficulty 2: Trying to measure things that are difficult to measure

It is true that some factors, like creativity, are very hard to measure. The most common response is to try and measure creativity in terms of output. However, some scholars have tried to also assess the process of creativity, for example, by employing Williams’ Taxonomy of creative thinking skills.

Ratings scales, which for example assess a performance factor on a scale of 1 to 5, have a number of advantages. They are standardised, structured and easy to use. However, they have many shortcomings. Firstly, if the assessor is not subjective, neither is the assessment. Appraisers that are non-confrontational or busy can end up awarding too many middle of the road ratings. Harsh appraisers can award too many ratings at the lower end of the scale, and overly generous appraisers can end up doing the opposite. The ratings scale then becomes little more than a manifestation of the assessor’s prejudices in numbers. Secondly, being forced to use something as rigid as a ratings scale can reinforce the “halo” and “horns” effect, with assessors marking employees they see as “good” highly and being unfairly harsh with employees they think of as “slackers”.

It’s natural to think of performance assessment as a top-down thing. However, self-assessment should be an important part of the endeavour. After all, how a person thinks about their performance is intrinsically linked to how they perform. There is no point completing a 100% accurate performance appraisal and then shoving it under the subject’s nose, expecting them to take it in. Bring them into the conversation, incorporate their own insights into the final product, and the employee is much more likely to pay heed to what it actually says.

Peer assessment can be valuable too – often peers have more interaction with the subject than the assessor and can offer useful insights into behaviour patterns.