Millennials in the workplace 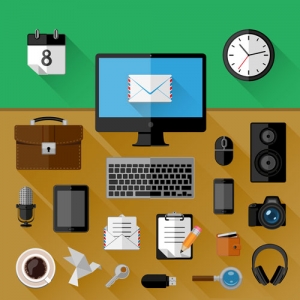 One of the biggest buzz words sweeping through the HR industry at the moment is Millennials in the workplace. But who are millennials, and are they a good thing?

Millennials are people who were born in the 1980s and 1990s and entered the workplace around the year 2000. Born between 1982 and 1994 and the children of the Baby Boomer generation, the millennials are often perceived as having been raised on mass media, digital technology and lots of positive praise. A common point of contrast is Generation X, which refers to people born after the post-World War II baby boom. Historians generally define their birth dates between the early 60s and early 80s. They first started entering the workplace in the 1980s and started to become influential in the 1990s.

Now that millennials have entered the workplace, their presence has triggered intriguing debates about their skills and weaknesses, and how these patterns are a reflection and outcome of the unique moment in time that millennials occupy.

Let’s start with the bad news. Millennials, or Generation Y, are not good team players, according to research. A recent study published by EY found that millennials scored badly when it came to working with others. The study was based on the testimonies of over 1,200 professionals, which focused on participants’ views of their peers. Just 45% said that their Generation Y peers were good team players. Millennials also seem to be failing to establish themselves as grafters. In the EY survey, just 39% identified millennial peers as hardworking.

Another study by the Oklahoma-based international staffing firm Express Employment Professional found that Millennials display “an over-inflated sense of self” and “lack of commitment”.

This is not to mention the relentless anecdotal testimonials that you will hear from businesses across all sectors that Millennials have poor spelling, grammar and basic numeracy skills compared with older generations. That they are less equipped to cope with criticism because they used to get straight As at school due to grade inflation. That they need greater praise and feedback for their work, having become accustomed to endless “pats on the back”, rewards and progress updates during their education years. That they also lack adequate attention spans and are easily bored, the fallout of living in a world awash with technological and social-media based distractions.

Furthermore, millennials have a reputation for wanting a lot of takeaways from their work: not just work-life balance but also flexible working, a collaborative working environment and the warm fuzzy feeling that their work makes the world a better place.

Nonetheless, there is also powerful evidence that millennials are extremely valuable in the workplace. The technological skills of this digitally plugged-in generation are highly prized. Seventy eight percent of respondents in the aforementioned EY survey said that millennials were the most tech-savvy. Seventy percent thought they had good knowledge of leveraging social media opportunities. Millennials are also thought to be extremely enthusiastic additions to a team.

Generation Y is good at critical and creative thinking too. This is probably a product of changes in Western education systems, which now have greater emphasis on cultivating these skills. Some evidence suggests that millennials are less motivated by money, which makes them potentially better value for money. An online survey by Monster.com in 2009 found that only 17% saw “compensation” as their main motivating factor, compared with 37% citing work-life balance. Finally, many have entered the job market during times of recession, which has made them competitive, and more willing to go the extra mile to gain employment and keep it.

Millennials are more genuine than previous generations of workers. Research suggests that they desire success for their personal development rather than just for the sake of “getting ahead”. Experience and wisdom are the things that they respect. Rather than just power. If Generation Xs can be accused of “brown-nosing” or using sycophantic manipulation tactics on their senior colleagues to get ahead, then Generation Ys are less likely to display these tendencies.

Another advantage that perhaps gets unfairly overlooked at times is the fact that Generation Ys are more highly educated than Generation X in higher education terms. More Generation Ys have one or more degrees. They have learned skills like processing complex information, critical thinking, discipline and argument through their studies.